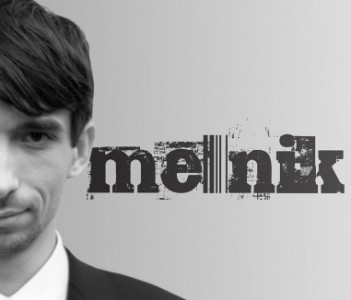 Melnik dealt with music of various kinds for the last 19 years. Since 2002 his focus explicitly went towards electronic music. In 2003 he could already call himself Resident DJ of SAM’S club, the hottest club in Bielefeld. He was inspired by several gigs with influential DJs, such as Oliver Klein, Tube and Berger, Tomcraft, Piemont, Boris Dlugosh, Malente and many more.

Towards the end of 2006,dma aka Menik and his longtime friend and partner Pocke started the project „2TaktMotor“. Since then, both of them hit Germany’s party destinations with high frequency. The 2 guys  played in clubs such as fusion (Münster) X-Herford, Sams (Bielefeld), or festivals like Ruhr In Love..Simultaneously Melnik started his new solo project and focused on audio engineering and production. This was followed by his first releases on labels like Code2 Records, Addition Recordings.

We are excited what kind of delights we get from him in the future.